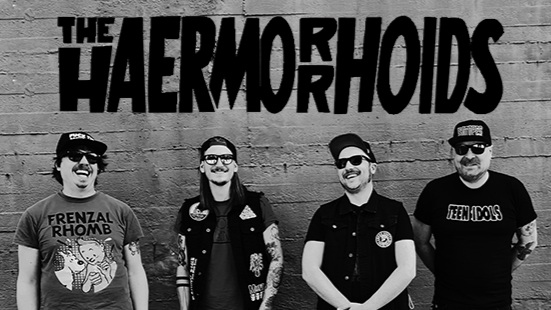 The Haermorrhoids are a band from Hamburg, Germany. They play punk rock influenced by bands like Screeching Weasel, Ramones, The Lillingtons, Riverdales and a bunch of other good classic pop punk bands. They've formed in fall 2014 and played at some cool places with bands like Teenage Bottlerocket, The Queers, Chixdiggit!, Frenzal Rhomb, Good Riddance, Less Than Jake and many more. Their songs are catchy, fast and melodic. Don't believe us? Only one way to find out. Go watch The Haermorrhoids when they're in your area. You might like 'em. One guy's name is Greg.